Ganfer: Banannas Bonnano? If conflict of interest was not enough....
Ganfer liable for Bonnano fraudulent subpoena?
Attorney Oath and Penalties 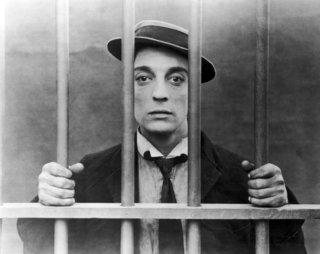 As a general rule, attorneys are more trusted than mortal men.

They scoot by courtroom scanners with the wave of an ID. You or I would be arrested.

To get such a special place in the judicial system, a lawyer must, generally, pass a bar examination, and, they must swear an oath.

Swearing an oath subjects them to penalties if they so much as attempt to mislead the court or any party. Attorneys have wide latitude on the arguments they make as advocates, but they have no latitude, whatsoever, with the facts. 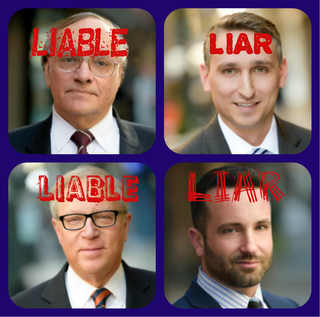 Litigants Kyle Taylor and Rajeev Subramanyam (we think they are clowns, so they are hereinafter when referenced together, CLOWNS)hired gaffing Gafner and Shore as counsel in Kings Supreme case 0507156/2013.

The CLOWNS then, seemingly more than a year later, in violation of an order by the judge in the case and in contravention of a shareholder resolution, hired the gaffing Gafner as corporate counsel for the Co-op in the case.

Now, a firm getting hired for people as well as a corporation in the same lawsuit smells like day old fish. It stinks to high heaven.

One wonders why the CLOWNS could be so seemingly stupid. Maybe it was hubris. One can clearly see why CLOWN Taylor might scoot the country and leave a big-time firm for something less in Canada. It is much harder for clown Subramanyam to run away as a Vice President at American Express.

While there is more to this conflict dance, that is the guts of it, Ganfer is probably paying quite n annual insurance premium fo the time, such as now, when they get caught.

More importantly, it starts to bring Ganfer under the specter of Judiciary Law 487, that spanks attorneys, hard, for misrepresentations addressed next. Treble damages. OUCH!! 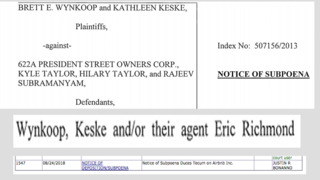 In an attempt to get records in the case, Justin Bonanno served a subpoena seeking any and all records from Airbnb related to a property.

Fair enough, as litigants can be served subpoenas by the other side absent court approval.

Ganfer, via Bonanno, however, added another person's name to the requested list from Airbnb, a non-litigant by calling that non-litigant a representative of a party to the case.

NOTE: that Eric Richmond is not a party. Further review of the misleading subpoena gives no proof that Richmond is the agent of any litigant. CLOWN's counsel shouldn't have done this. BAAAD!

Likely as soon as the subpoena was served on Airbnb, and certainly, as soon as it was placed on the docket, Ganfer committed a Judiciary Law 487 violation subjecting Bonanno, and Ganfer, to treble damages.

A review of the docket shows that CLOWN attorneys have regularly made misrepresentations to the court of material issues that counsel for the opposition, in a show of quite a good temperament, has not pummeled the clowns with regularly.

One wonders if a non-party being subjected to the Ganfer/Bonanno malfeasances will be quite so kind. 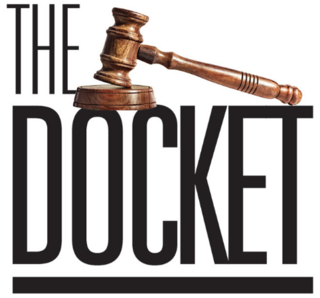 A review of the docket, in this case, is quite impressive... millions spent on things that appear, to this chronicler, to be open and shut issues ignored by the court.

A review of the docket would probably show an untolled waste of judicial resources. And, if the CLOWNS hold to form, regular malfeasance by CLOWN attorneys.

Working on that one folks!